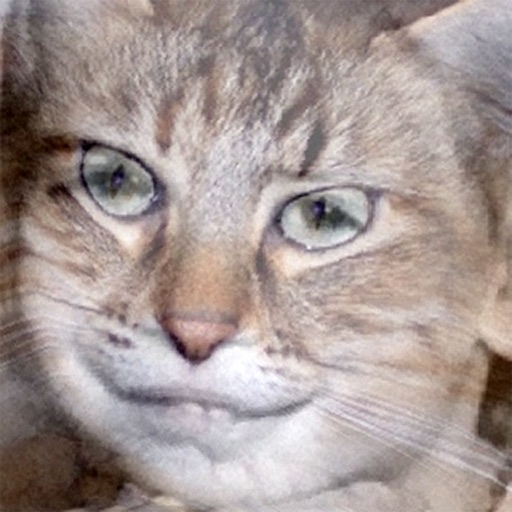 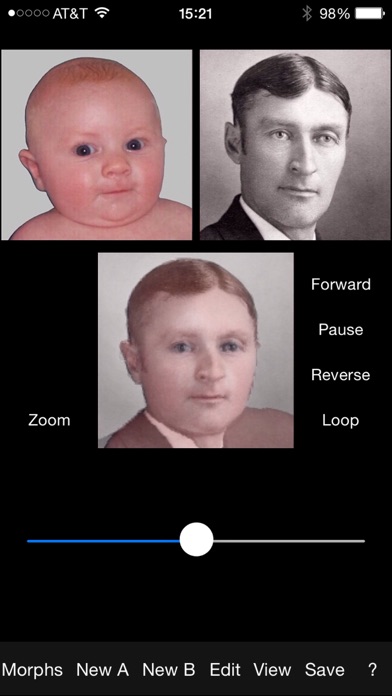 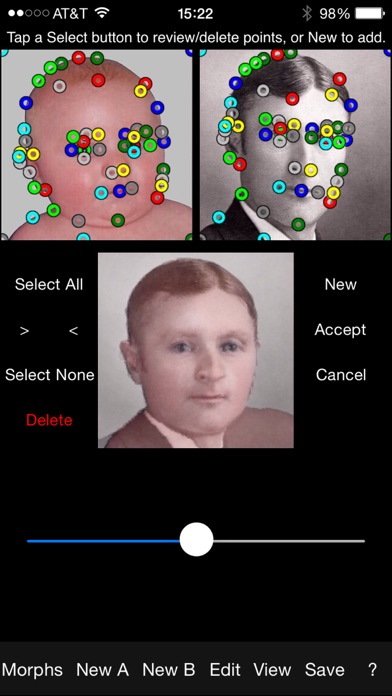 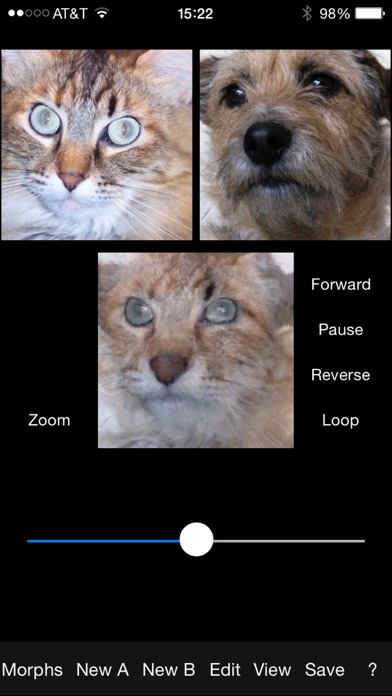 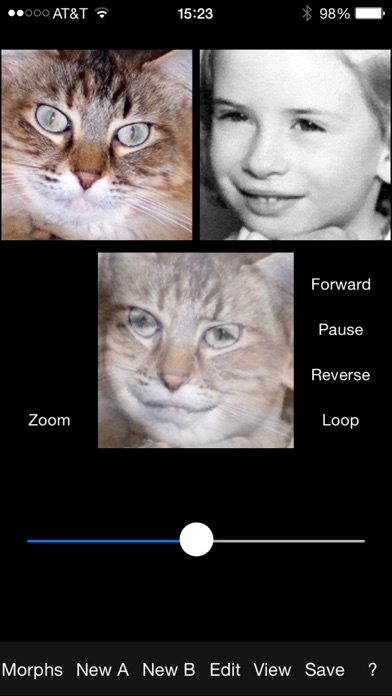 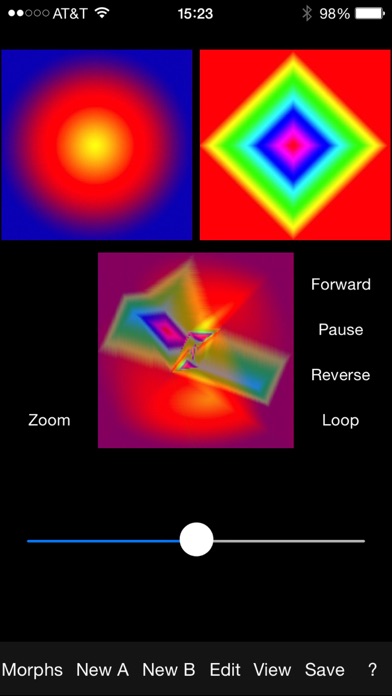 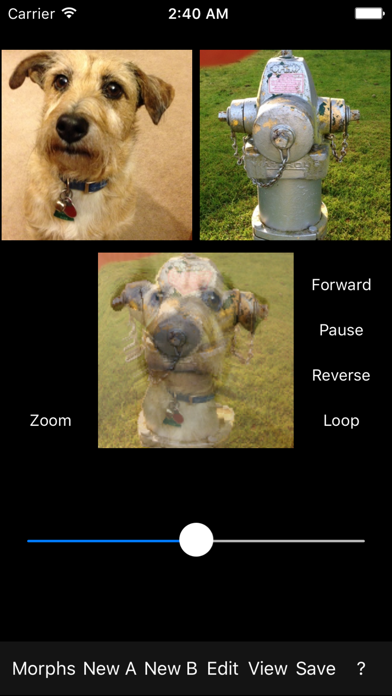 x2yMorph is a morphing application that is optimized for the iPhone and iPod Touch. To use it, you first select a start image and an end image from your photo albums, zooming in to desired areas of interest, such as a face. You then select corresponding points ("control points") on the two images (for example, the center of the left eye on each image). After a few points have been placed, x2yMorph calculates and displays an intermediate image (for example, halfway between the start image and the end image, if the slider is set to the halfway point). You can also view your morph as a "movie loop" that shows your start image gradually morphing into your end image.

Typically, your start image and end image will be pictures of two people's faces. But you can also obtain interesting morphs by using other kinds of images (for example, animal images). You can also make interesting, artistic morphs by starting with images of colorful geometrical patterns and placing the control points in any creative way that you like.

A multiformat image display mode lets you see your start image, end image, and morphed image all at once. This triple image format makes it easier for you to select corresponding points on the start image and end image. It also lets you immediately see the results of your latest point placement on the morphed image.

To compensate for the reduced image size of the multiformat display mode, a magnifying glass technique is used. This lets you place points while viewing the underlying images at their full native resolution.

There are many display modes. In addition to doing interactive (slider-controlled) viewing of your morph, you can also view your morph as a "movie loop" in either the multiformat display mode or a zoomed-to-full-size single image format.

While using x2yMorph, help is always just a tap away. Tapping the "?" button brings up a tutorial, and tapping it again brings you back to where you were in your work.