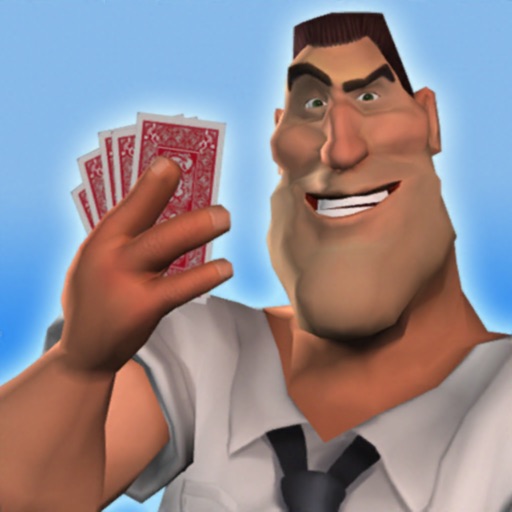 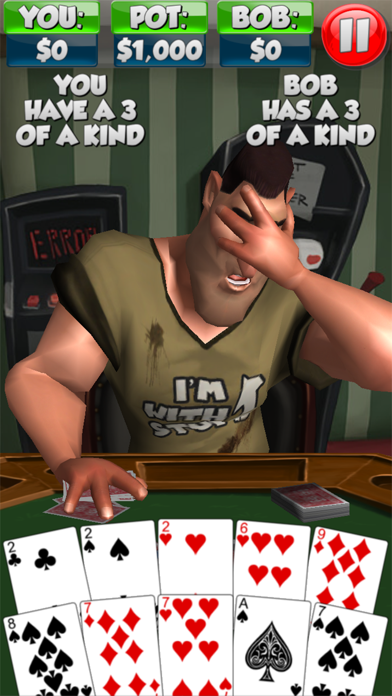 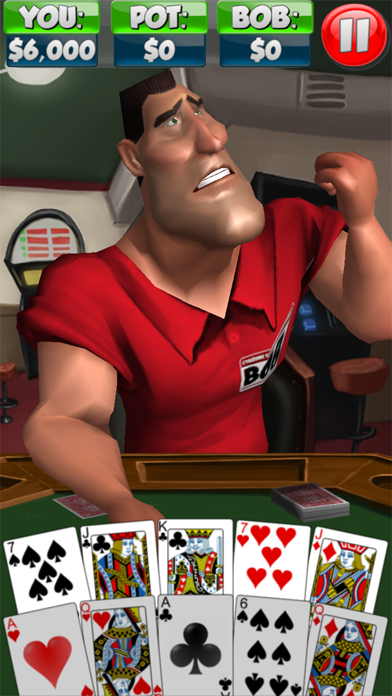 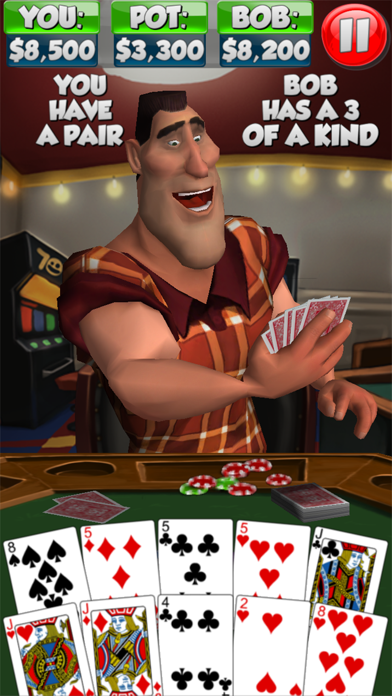 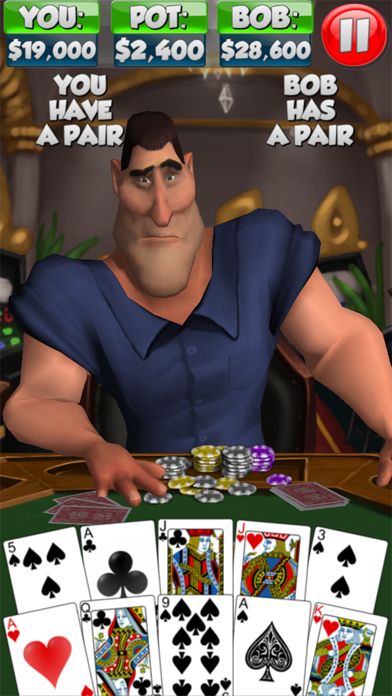 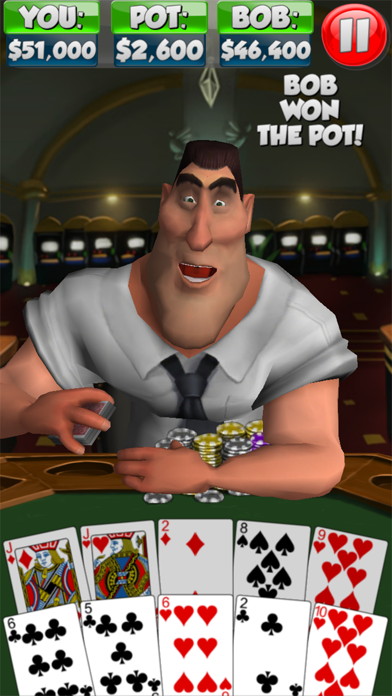 "Poker With Bob" is a draw poker game like no other! The player faces off against Bob, a real time, fully animated 3d character loaded up with several minutes of lip synced animation. He rants and raves when he loses and taunts the player mercilessly when he wins.

FEATURES INCLUDE:
>Five different levels of increasing challenge and higher stakes.
>Career earnings! Keep playing to see how much you can earn.
>A full tutorial to help anyone pick up the game of draw poker in no time.

Future features:
>Online multiplayer. Play against friends or random matches. Your choice!
>Online leaderboards. Compete against the world to see who is truly the best poker player.

*VG Tribune* *9 out of 10*
"The first thing you'll notice is how smoothly animated Bob is. He's not just moving his mouth and hands, instead his entire body is constantly in motion while he's taking his turn."

*6nUp* *5 out of 5*
"'Poker with Bob' distinguishes itself from all the other games of poker that I have ignored in the iTunes Store by adding character to the game."

*148 Apps* *4 out of 5*
"The crux of what makes Poker with Bob not just another poker sim is Bob himself. He is full of personality."

*App Spy* *4 out of 5*
"Bob is a fantastic character to play against and a decent analogue for the real deal."

*Nine Over Ten* *4 out of 5*
RECOMMENDED. "I've personally never seen anything like Poker with Bob, and despite his brutish presence, he actually made the game an interesting one."

*Game Rant* *4 out of 5*
"With the tutorial, easy to jump in-and-out style and level challenges, Poker with Bob is a great choice for anyone looking for a casual game for their iOS device."

*iGamer Reviews* *4 out of 5*
"It is the perfect game to drop in and out of, especially as multi tasking is enabled so you never have to wait for the game to start up again."

*AppBuddy* *4 out of 5*
"A really awesome application." (video review)

*The App Planet*
"In all Poker with Bob is a fun impulse buy that should keep you motivated to enhance your card-playing skills."