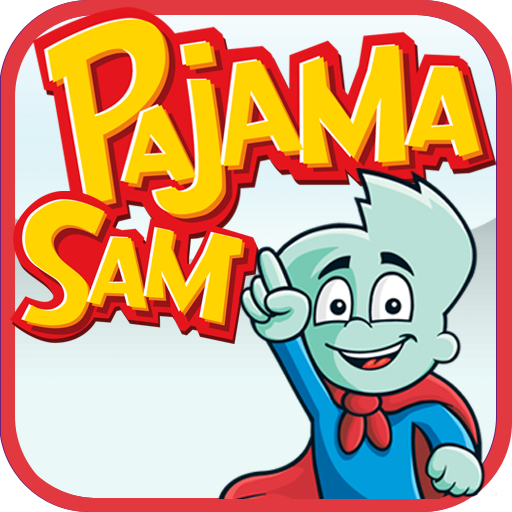 The “lite” version lets you try the game for FREE. Unlock and purchase the full version in-game.

In our latest quest we join Pajama Sam as he enters the World Wide Weather, the facility in the sky where weather is controlled all over the world. Shortly after Sam's arrival, an accident with the machine that controls all the weather in the world sends it out of control.

The weather machine end's up causing problems like snow in Saigon and sunshine in Seattle. Our brave young hero must help fix the machine and get things up and running again to bring balance to the world.

—User Reviews—
“I’m sure I wouldn’t want to miss this one if I were a kid.”

“This may be tougher than the original but it is another fun Humongous product.”

“Another charming game from my past. Pajama Sam 2 has ages considerably well. The animation are vivid and the music is great.”