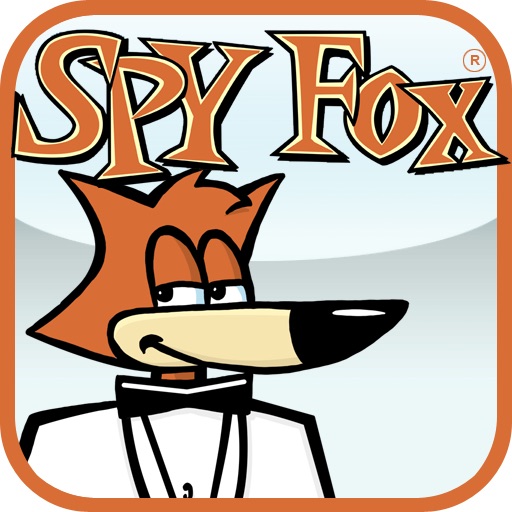 The "lite" version lets you try the game for FREE. Unlock and purchase the full version in-game.

Spy Fox and his team from SPY Corps’ are about to take on their toughest assignment yet, as William the Kid plans to replace all the milk in the world with his brand of goat milk.

Will children everywhere be forced to endure a fate worse then dry cereal?
Will that ghastly goat William the Kid succeed in his plans?
Are you reading this in a dramatic trailer voice? You should.
The SPY Corps’ needs your help. Spy Fox need’s you.

“I was raised on games like Spy Fox, Freddy Fish, Pajama Sam, and now years later I find myself with the chance to re-live a game I’ve idolized since age five.”

FEATURES:
• Every new game creates new ways of playing making the experience for any child new every time.
• Simple touchscreen navigation makes it easy to guide Spy Fox.
• Fun and challenging puzzles and mini games.
• Touch everything! Nearly everything in the game can be interacted with just by touching the screen and reveal hundreds of hidden surprises.
• Feature-film quality animation and original music.
• Game Center Awards.