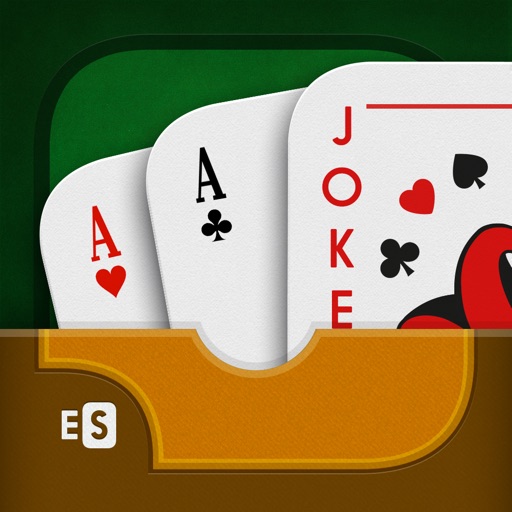 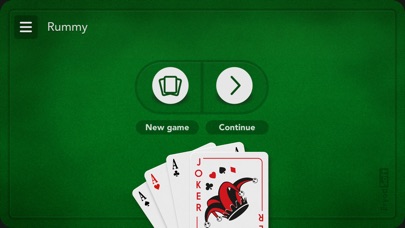 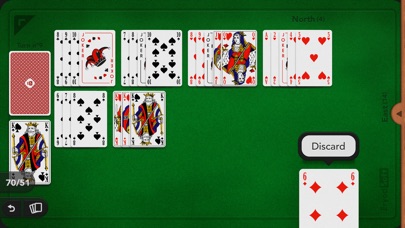 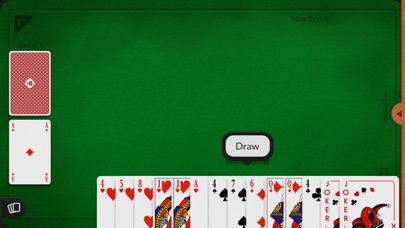 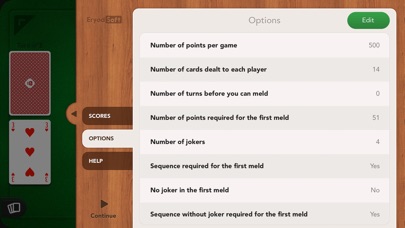 Play the famous game of ラミー (Rummy) on your iPhone, iPod, or iPad!!

Play ラミー (Rummy) with 2, 3, or 4 players either with a group of friends or using simulated opponents playing with high-level artificial intelligence.
There are a number of rules that can be modified, making this game very faithful to the original.

- From 2 to 4 players.
- Play against simulated opponents with advanced artificial intelligence.
- Play with your friends in local multiplayer mode through Wi-Fi or Bluetooth.
- Play online with your friends or against players the Game Center will find automatically.
- Play as a pair on the same device, taking turns.

Several rummy variations are included in the application:

Do you have questions about the game? Contact: support.rummy@eryodsoft.com

- Improved leveling of artificial intelligence, which is now available in 4 levels, from beginner to expert.
- 2-player games are now played using a single 54-deck by default.
- Added new game options: number of deck used, rule that forces players to meld more points than the previous player, and some others.
- Bugs fixed.